Man Claims To Drive Tesla Remotely With A PlayStation Controller


Real or fake? A man has allegedly claimed that he can control his Tesla car while standing by the side of it using a PlayStation controller.

In a video that was first posted on TikTok by user @jf.okay, it shows him filming himself connecting the Tesla to his PlayStation controller and then advancing it down his driveway slowly at the same time as he presses down the R2 trigger.

Well, it is perplexing, to say the least. Is it real, or is it fake, we don’t have a sure shot answer.

If it really is the case, then it poses some serious questions.

How far can you really drive using the controller? Is this sort of thing even legal? The most pressing question of them all: Why would someone want to do it in the first place?

Either way, the video has generated a serious debate with people finding it really hard to believe.

Many users who commented on the video believe that someone just sat in the car, and raised the point that he says ‘go’ before pressing the controller button.

Others, who seemed to more aware of the features the car has to offer, pointed out that there is actually a mode on some Tesla vehicles that allows you to download an app and use a feature called ‘Smart Summon’, which is basically nothing but an auto-parking feature that you can control from outside the car.

And, as per LADbible, the feature seems to be legal in California – which allows the users to control their car remotely at a distance of around 200 feet, and as long as the car is within their line of sight. 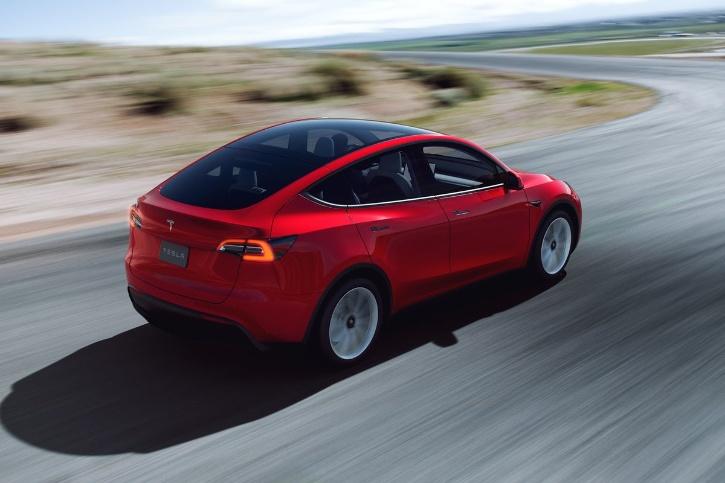 Last month, a video had gone viral showing three young men dancing in their seats, beers nearby, as their Tesla vehicle moved down the highway near other cars at 65 miles per hour (105 kilometres per hour), as shown on the speedometer.

The incident had drawn fierce criticism with California regulators saying they are reviewing whether Tesla’s marketing misleads consumers — specifically, whether it has violated a regulation that “prohibits a company from advertising vehicles for sale or lease as autonomous unless the vehicle meets the statutory and regulatory definition of an autonomous vehicle,” the Department of Motor Vehicles had told AFP.

Cyberpunk 2077 getting back on PlayStation is entirely Sony’s decision, says CD Projekt

Sony is still deciding on whether to put Cyberpunk 2077 back on the PlayStation Store, CD Projekt Red has said. During a shareholder meeting held

The New Year Edition is approaching for PlayStation 5 and Xbox Series X.

Witcher 3 It is clearly one of the best RPGs released in the last 30 years. And after accompanying us on PC, PS4 or even

You can now get three months of PlayStation Plus and PlayStation Now bundled together as part of Amazon Prime Day 2021. PlayStation’s online gaming subscription