Gaming consoles like Sony’s Playstation 5 and Microsoft’s Xbox Series X do offer high-end gaming performance, 4K resolution support, and all the other hullaballoo to make the best out of a gaming session. However, on-the-go gaming is something these consoles cannot offer due to their form factors and components. Nonetheless, if you own an Xbox Series S, by any chance, you would be able to make your gaming console portable thanks to this upcoming Kickstarter project called xScreen.

xScreen: An External Display for the Xbox Series S

Developed by a company called UPspec Gaming, the xScreen is essentially an external display that can directly attach to an Xbox Series S console for a plug-n-play experience. So, with the xScreen, Xbox Series S users can easily transform their gaming console into a gaming laptop-like device.

The xScreen features an 11.6-inch IPS LCD panel with support for a 60Hz refresh rate. It has a resolution of 1080p and connects with the Xbox Series S via the HDMI and USB ports aboard the console. Moreover, it has an integrated 5W speaker as gaming without sound simply does not make any sense. 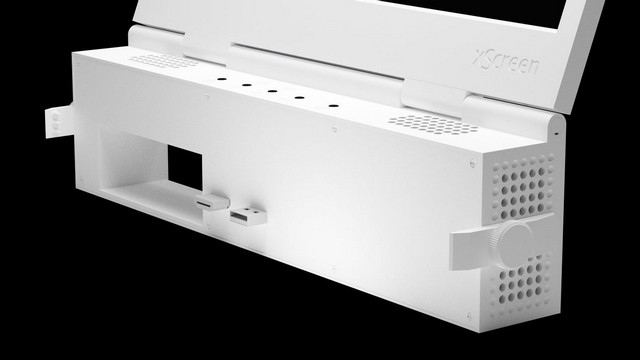 Plus, it has a latch that enables users to keep the screen connected to the Series S console all the time. This way, they can carry around the consoles like a gaming laptop and connect it to a power source whenever they want to play their favorite games. The accessory weighs around 695g and can be fitted inside a 15.6-inch laptop bag.

Furthermore, the xScreen draws power from the Xbox console. So, there is no additional power adapter that you have to carry for the external display.

Capture Hearts In Ambition: A Minuet In Power On Nintendo Switch

Iceberg Interactive and Joy Manufacturing Co. have revealed that Ambition: A Minuet in Power will release on Nintendo Switch “later this summer.” Set in 18th

Ubisoft reveals Avatar: Frontiers of Pandora, out next year

The big reveal at Ubisoft’s E3 show was Avatar: Frontiers of Pandora. CEO Yves Guillemot announced the game, stating that it was a showcase for