Alongside our Xbox Exclusives Spotlight series — the most recent of which was our Unexplored 2: The Wayfarer’s Legacy Spotlight — we thought we’d also go through and do some Xbox Indie Spotlights, based around the games in the huge Xbox Indie Showcase recap that Luke put together. So, this week, we are kicking things off with an Xbox Indie Spotlight on gorgeous nature-themed sandbox Cloud Gardens, with help from developer Noio Games’s Thomas van den Berg. If you’ve been looking for your next beautifully peaceful game, we highly recommend you take a read through to find out everything we know so far. Go on… put the kettle on and your feet up. You deserve it.

What is Cloud Gardens?

Developer Noio Games describes Cloud Gardens as an experimental project “somewhere on the line between a game and an interactive toy.” It’s a calm, atmospheric sandbox which combines themes of nature and urban decay, in which you use plants to reclaim abandoned and decayed spaces.

When does Cloud Gardens launch?

Cloud Gardens has already launched into Early Access on Steam, where it has already met with “overwhelmingly positive” reviews from over 800 players. We don’t yet have an Xbox release date, but we’ll update you as soon as we learn more.

Cloud Gardens doesn’t have a story in the usual sense, as it seems to aim more for a pleasing and relaxing creative experience. Van den Berg says its theme of nature as reclaiming spaces of urban decay has appealed to him for some time. “The aesthetic of abandoned places is something that has been brewing on the internet for quite a while now, and especially during development I found that I was not the only one it appeals to,” he says. “For me, I think it started out as a good theme to apply a very loose art style to, that is very forgiving about putting together objects and plants in a messy way. I don’t know where this fascination for the overgrown comes from, but it’s almost universally accepted that a dilapidated industrial installation covered in vines just looks pretty.”

How does Cloud Gardens play?

Cloud Gardens has both a campaign and a sandbox mode, and van den Berg says this campaign mode has been “overhauled to be a bit more non-linear. There is an overworld map that lets the player choose which path to take through the game’s roughly 100 scenes. Throughout this, the player unlocks different props to play with in the sandbox mode, which has some additional tools for taking beautiful screenshots or movies,” van den Berg adds. If you want to dive straight into the sandbox with all those props ready to go, the creative mode lets you unlock everything to “play with all the props from the start.” 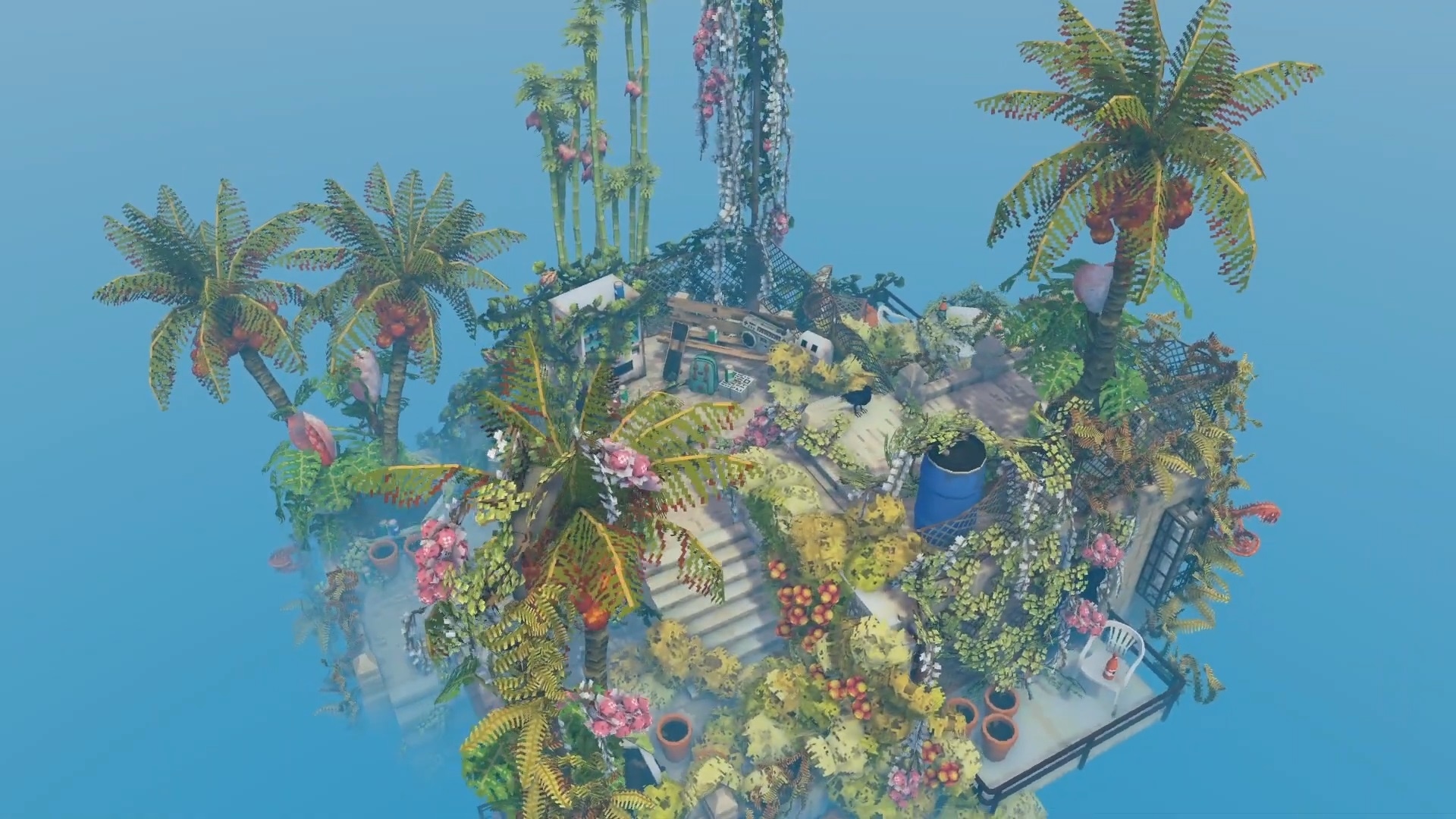 Cloud Gardens has you “building a diorama and overgrowing it with plants. The goal is to completely overgrow the scene: make it look green from all sides,” explains van den Berg. “Plants get their energy from placing objects nearby, so there is a balance to strike between placing objects and having them overgrow. In general, the game is more chill than challenging, it doesn’t try to punish you or make you figure out the one and only solution to a puzzle. We just aimed to make the core loop as pleasing as possible.”

Noio said the Early Access release on Steam would help the devs to learn what players enjoyed most, and that the core game loop would then be “modified” based on this feedback. So, now that Cloud Gardens has been out on Steam for seven months or so, we asked van den Berg how this game loop has evolved. “All in all, I think we geared it a bit more towards the open-ended side of things,” he says. “We had plans for some ‘hardcore’ puzzle levels, but we eased up on that a little bit, because I don’t think they would be as fun, and they would inhibit — rather than encourage — creativity.” He adds that there are downsides to releasing into Early Access, however: “When building the game for Xbox, it turns out that features that were easy to add to the PC version are really hard to translate to a console game. Sometimes I wish I had thought these out more carefully before just hacking them together in a weekend and uploading a patch to Steam,” he explains. Overall, however, he says that the game has “become much, much bigger” than he had originally thought. 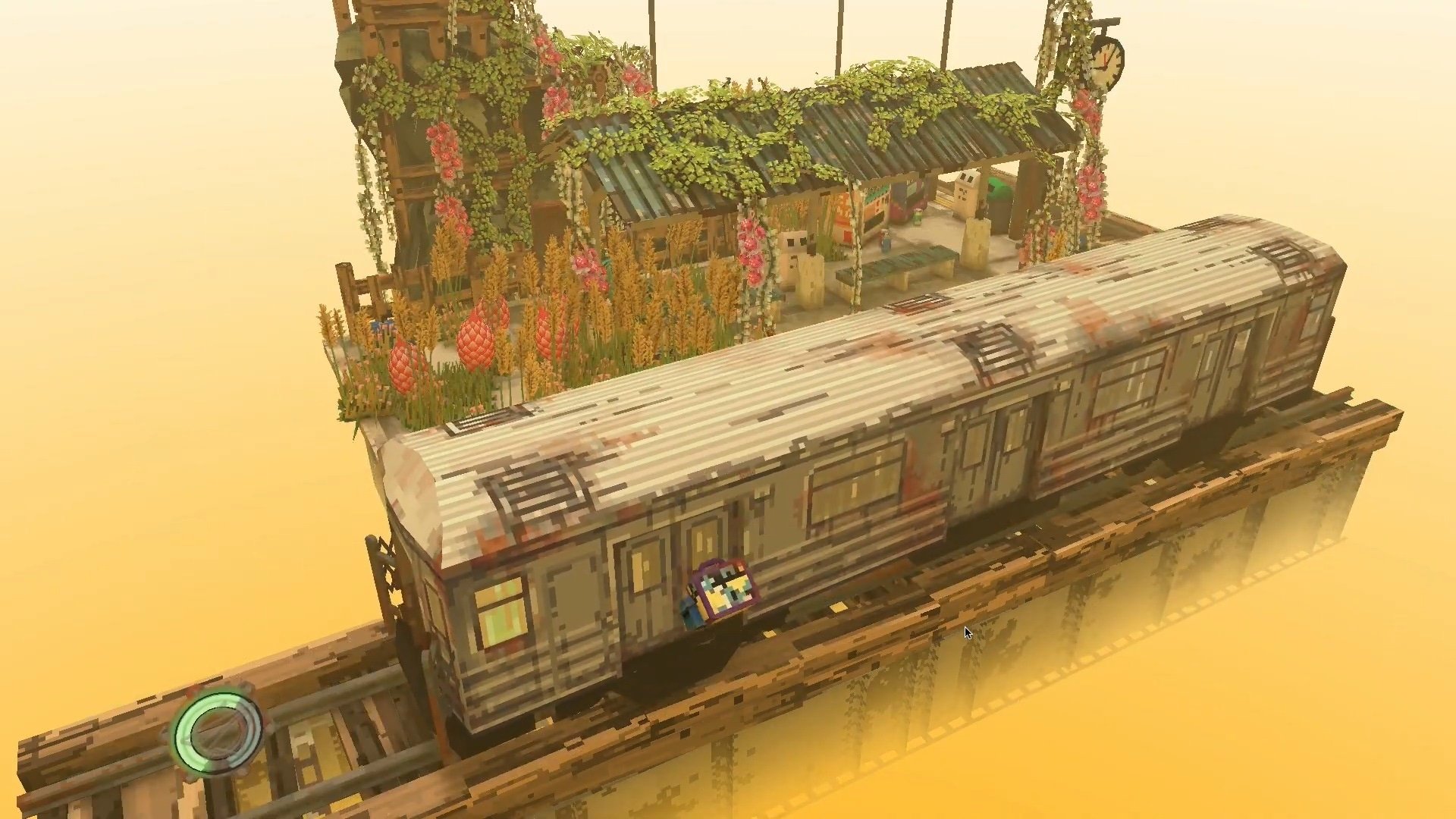 Any news on Cloud Gardens achievements?

Not yet, and van den Berg says it’s been a challenge so far, and “something we’re still working on. There are some wacky ways to complete a scene that might earn the player an achievement,” he adds, “but we might also include the usual achievements that roughly track progress throughout the game.” We also wondered whether creating achievements would throw up some unexpected challenges in a game with such a focus on individual exploration and creation. “On the other hand,” counters van den Berg, “this also means there are many individual ways to complete a level, and we can use that fact to create fun requirements for achievements.” We’ll let you know as soon as we grab the full Cloud Gardens achievement list. 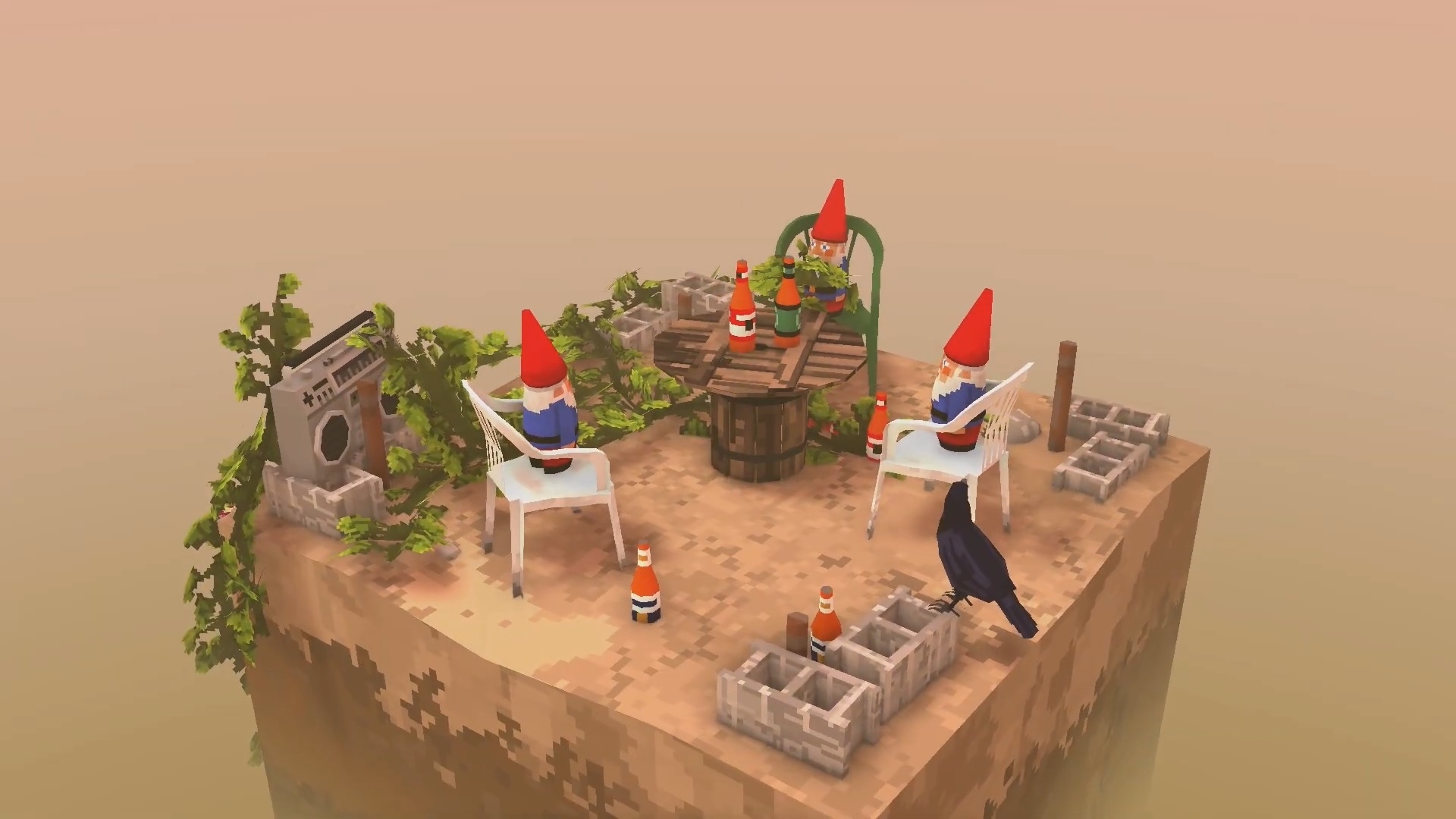 So, that’s everything we know about Cloud Gardens, which is set to arrive for Xbox this year. What with everything that’s happened over the last few years or so, something as peaceful and relaxing as Cloud Gardens looks ideal. What do you think? Will you be picking up Cloud Gardens as soon as it launches for Xbox players? Let us know what you think in the comments!

No matter how you slice it, this past year has been a struggle. Whether you and yours were stuck at home for the duration or

Captured on Nintendo Switch (Handheld/Undocked) At first, we assumed that Beautiful Desolation was some kind of lost late-nineties PC game. Its isometric perspective and visually